The Adventures of Lily

And the Little Lost Doggie 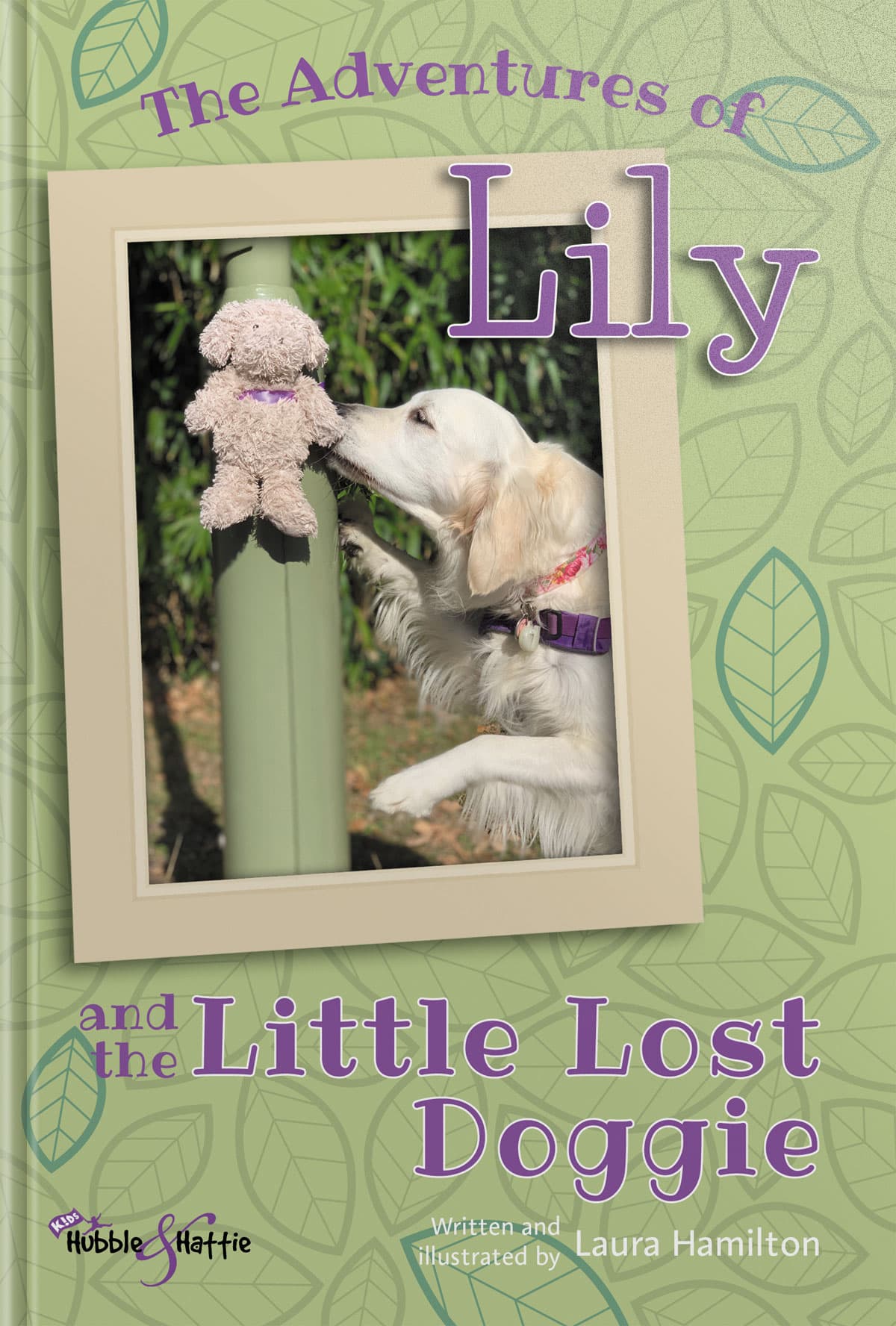 Get a FREE eBook edition when you purchase the print edition!

Doggie was found by Lily, the Golden Retriever, under a hedge. Though unloved, unclaimed and even bullied while unable to defend himself, Doggie found his world wonderfully changed by fabulous friends and amazing adventures that took him, with Lily and his new forever family, to Buckingham Palace to be rewarded for helping others.
Read more …

Get the eBook edition

A heart-warming story for children, this is a tale of friendship, bravery and kindness. Lily, a Golden Retriever, finds toy Doggie lost and alone under a hedge. Trying to find Doggie’s owner, Lily’s human mummy, Anne, ties Doggie to a lamppost where, she hopes, his owner will see him. But Doggie waits unclaimed for days. He is even bullied on the lamppost. He finds some of the nighttime animals who visit him on the lamppost frightening, until they begin to help him feel loved.

After Anne takes him off the lamppost and into her home with Lily and and her mum, Pilot, he has such amazing adventures that he finds himself the star attraction at school when he joins Lily for her Pets As Therapy Read2Dogs assignments. For his compassionate part in helping animals have lives that matter, he quickly becomes a media celebrity, and is even rewarded by royalty at Buckingham Palace.

Many characters and events in Doggie’s story are real, as the photos show. Charming, original illustrations by the author seamlessly blend reality and fantasy. Doggie’s story, with Lily, Pilot and Anne, shows the value of love and friendship.

Buy now from the vendors below, or click here for more details on How and where to buy eBooks.

This site uses cookies and other tracking technologies to assist with navigation and improve your experience. We may also analyse your use of our products and services, assist with our promotional and marketing efforts, and provide content from third parties. By continuing to use this site you are agreeing to this use. You can read about cookies, and choose to opt in or out of specific services here.